Coronavirus has thrown all travelers’ future plans into disarray. While we hope that travel to South America will be possible soon, the near future certainly looks bleak right now.

Secondary lockdowns are being implemented in parts of Asia and Europe, while South America remains in the initial first wave of the virus. It’s nigh on impossible to predict when borders in the region will open, and whether a second wave of infections will close them back down.

While I’ve outlined current lockdown and travel restrictions and things you should consider before even planning a trip to South America post-COVID-19 in other articles, I wanted to share the experiences of readers who were caught out in South America as the first wave of lockdowns were imposed.

Their stories highlight how complicated – and expensive – it can be to get back home if a country closes its borders at short notice.

While it’s difficult to know how things will pan out in the future and if additional lockdowns are called, I still think it’s important to weigh up these experiences before you decide to book any trip.

For further guidance, I’ve also dived into the debate around the ethics of whether you should travel to South America when it’s possible again.

Planning Your Trip to South America?

Save time, stress & money with a customized travel itinerary planned for you by a South America expert

What previous clients have said:

“It’s refreshing to find someone with insider knowledge that can take you off the beaten track, away from the mainstream. I particularly liked the detail you give; where to stay and your favourite places. We stayed in some lovely places because of your knowledge, places that we would probably never have found. I also liked the fact that we could ask you questions whilst on the move. Lots to like Steph!” 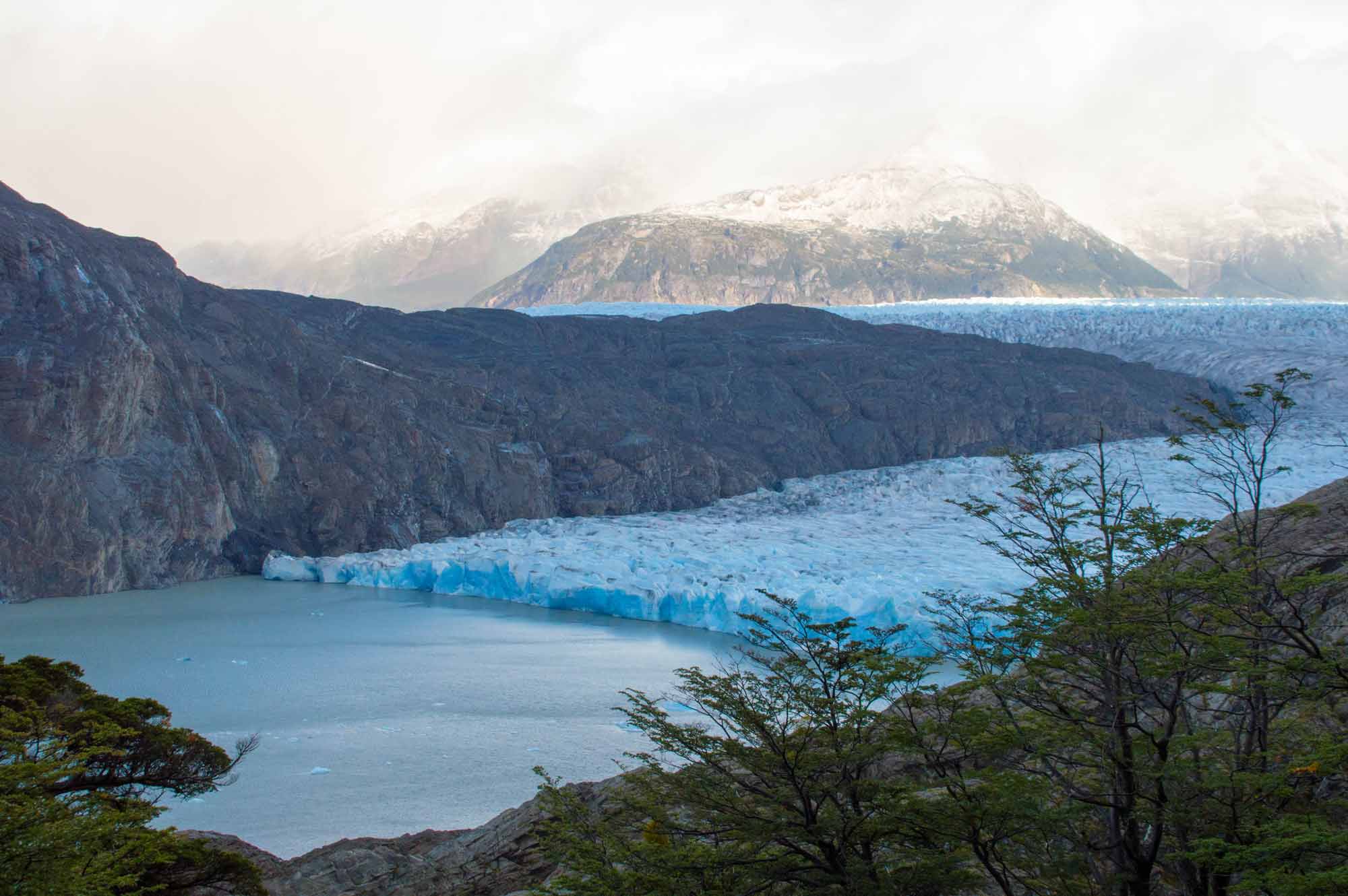 Traveled to Patagonia, January to February 2019

Unfortunately, getting accurate and up-to-date information on the ground as lockdowns began to be enforced wasn’t easy.

In Tom from the UK’s experience in Patagonia, “information from state authorities regarding travel restrictions, park closures etc. was non-existent from both Argentina and Chile.”

He also struggled due to the speed at which the situation changed. When the border was closing, the local bus company, Bus Sur “cancelled the bus [from Ushuaia to Punta Arenas] without posting a message on their website, and I only knew to check at the ticket shop after the bus vanished from the online booking system.”

Fortunately, he was able to get one of the final tickets on a rival company’s bus, but “had I not checked/not got a new ticket, I would still be stuck in Ushuaia now”.

Is It Safe to Travel to South America? 7 Things You Should Consider in the COVID-19 Age

Claire from Ireland also faced the same issue, describing how “getting reliable information was very, very challenging. The Irish Embassy was as helpful as they could be (and far more helpful than the embassies of other countries!) however they were also working off limited information.”

For her, it was a long, if ultimately successful, route home: “after approx. 72 hours of flights and sleeping in airports, I arrived back in Ireland.”

Finding a route home was a significant – and costly – headache

Returning back to home countries was a serious issue for a number of readers.

Tom from the UK had a bad experience with LATAM, who cancelled his flights from Santiago to Madrid on “the Thursday morning…however, LATAM didn’t email me until Saturday evening to tell me”.

As lockdown restrictions started to be enforced and on advice from his campsite in Punta Arenas, he went directly to the airport and ended up spending the night on the departures floor trying to get a flight to Santiago

All in all, he had a “booked journey time of 25 hours… less than 72 hours after making my booking, all for the price of £500 and waiting 24 hours in the airport.” As he points out, “it worked, but I wouldn’t recommend it.”

Netia from the USA was not impressed by the service offered by LATAM, who appeared to be profiteering from the pandemic.

She had booked flights home for around $400 USD, but “several days later, I heard that LATAM was ending their flights to the US and that the flight I had booked would be the last flight.

“I called them to make sure that everything was still on track for me, and they informed me that they had cancelled my tickets and if I wanted to buy them again, they would be five times the cost (now $2,000 USD a ticket). There was no explanation, apology, credit, or anything similar.”

Luckily, she was finally able to book a flight out through United Airlines.

Georgina from Australia faced an exorbitant cost to get home. The Australian government put on a charter flight to repatriate tourists back, but these came in at an eyewatering $4,200 USD.

“It wasn’t a choice to return back to Australia – the government said that we needed to be on that flight…the unfortunate thing about this flight is that none of it was subsidised and no one’s travel insurance would cover the cost!”

Receiving refunds from cancellations was difficult – and in some cases, impossible

Cancellations have proven one of the most complicated elements of post-COVID-19 travel, with many readers reporting issues with getting refunds.

Veronika from Slovakia found that “Airbnb was the best and by far the easiest to cancel and get refunds”, while Booking.com facilitated the process, too.

However, her worst experience was with Hostelworld.com whose “portal didn’t do absolutely anything.”

Frustratingly, “some hostels had only phone contact, and I didn’t want to spend a fortune calling abroad…only one of four hostels replied that they cannot refund, but I can reschedule anytime for one year.”

If you’re hoping to visit Torres del Paine National Park, don’t expect to get any refunds, as Tom from the UK found. “Neither campsite provider [Vertice Patagonia/Fantastico Sur] offered a refund, even after firm requests, although Vertice Patagonia (the cheaper one) offered 50%.”

Both have rebooked him for next March without issue, however “the booking conditions imply I lose everything if I can’t travel then, but hopefully I can defer again.”

Helia from the US had a better experience and was able to re-book at a later date her stays at Chalten Suites in El Chaltén and Mansion Vitraux Boutique Hotel in Buenos Aires.

It still remains to be seen whether hotels will become better at offering refunds as they adapt to the new reality and the fact that many travellers may need to make last-minute changes as situations develop.

As travelers across the world have experienced, airlines have proven tricky to get refunds from.

Most have only been offering vouchers for rescheduling flights (readers have reported this from Sky Airline, American Airlines, Flybondi, Avianca and Jetsmart), with different time allowances for rebooking.

For Georgina from Australia, some of the airlines she had booked legs of the trip with offered credit for cancelled flights “however they have to be used in the next 6 months (which is going to be highly unlikely for travel to be back up by then!).”

Some readers have reported refunds from LATAM and American Airlines, the latter of whom allowed Helia from the USA to “cancel the ticket and re-book later without a change fee.”

Another issue many readers encountered was the fall-out from making indirect bookings through companies such as Kiwi.com and Expedia.

For Claire from Ireland, had booked through Kiwi.com for a flight departing on Friday 20th March.

“However, after hearing that the country would be closing its borders as of midnight on Thursday 19th March, I made the decision to rebook to depart on Thursday the 19th instead. It was impossible to contact Kiwi to seek a refund or change of date and thus I had to pay for a whole new set of flights.”

Claire has since “received an automated email acknowledging my claim for flight refund from Kiwi and a reply to a Facebook messenger message I sent them telling me that it could take months to process my request. That was in March. I have not heard anything else since.”

Because of clauses in travel insurance policies excluding coverage in the case of pandemics, most readers didn’t expect to be able to claim any money.

This was despite many being forced to pay out thousands of dollars to get back home, or finding themselves significantly out of pocket due to cancelled reservations.

Georgina from Australia found that her travel Insurance didn’t cover anything in regards to the pandemic; “I was left out of pocket largely unfortunately”.

Tim from the USA has also had a bad experience with travel insurance, lodging two claims: “one for trip interruption and one for non-medical emergency transportation”.

The first was rejected with “limited explanation after a month.” The second, “we are still waiting…now almost 45 days with no follow-up nor response to emails.”

Claire from Ireland took out travel Insurance with World Nomads but was told “that any travel changes brought about because of COVID will not be covered”. She plans to submit a claim regardless but says she doesn’t “anticipate receiving anything from them.”

I personally had to pay £800 ($1,020 USD) for a repatriation flight operated by the UK government to get home from Colombia, where I spent the first month of the lockdown.

However, UK-based True Traveller refused my request for a claim because, under their rules, the Foreign and Commonwealth Office (FCO) wasn’t yet advising against travel to Colombia when I flew home – meaning I wasn’t eligible for compensation.

Despite most readers feeling they wouldn’t get any assistance from travel insurance, Netia from the US was “feeling positive about our prospects of getting paid out for the claims as our incidents were directly related to covered events per the policy.”

Being in lockdown in a foreign country was a “surreal experience”

I can vouch for how bizarre it felt to be in lockdown abroad, with just over a month spent in a flat in Medellin, Colombia.

While I felt perfectly safe, the thought that I might end up remaining in the country for months on end, with no opportunity to get home because all commercial flights had been grounded, was a difficult prospect to deal with mentally.

Keep Reading: The 20 Best Books to Add to Your South America Reading List

Georgina from Australia also faced this in Peru, where she was about to start hiking the Inca trail when the lockdown began.

“We were given 24 hours to try and leave the country or to find accommodation for the next 2 weeks.”

She opted to go to Cusco and stay in an Airbnb for two weeks under one of the continent’s strictest lockdowns: “we weren’t allowed to leave the house other than to go grocery shopping. It was a surreal experience”.

This Sustainable Tour to an Indigenous Weaving Collective Unveils the Hidden Reality of Cartagena
← Previous
Is It Safe to Travel to South America? 7 Things You Should Consider in the COVID-19 Age
Next →
Click here to cancel reply.